Guardia is a typeface inspired by the logotype 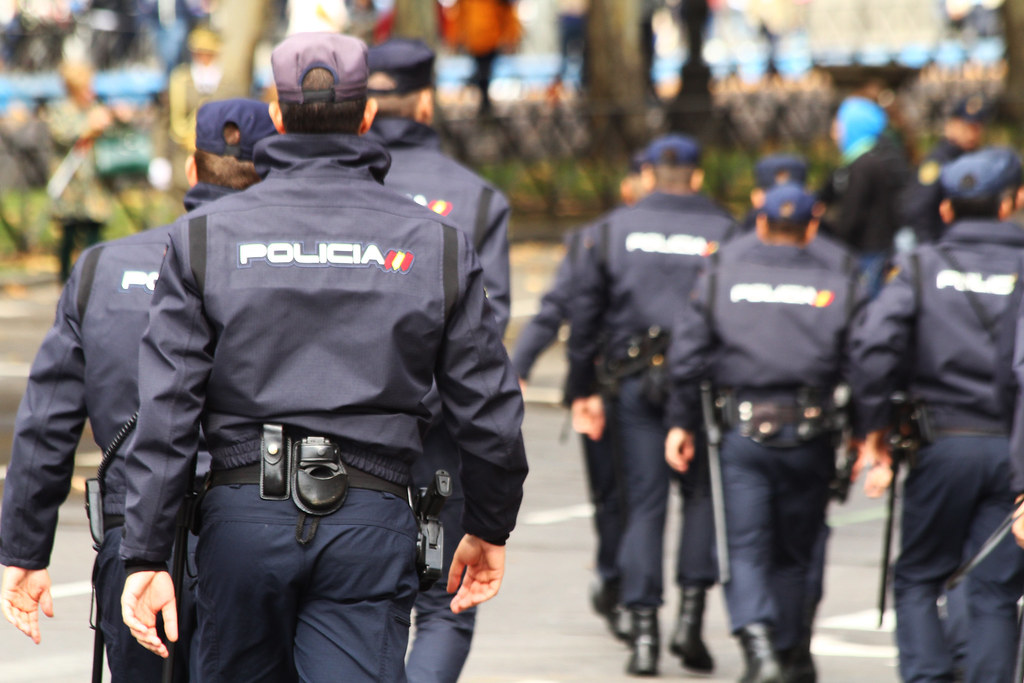 of the Spanish National Police. Making this typeface is embedded in the author’s interest in researching the typographic imaginary; on how we can understand type as a technical and ideological tool influencing social and cultural conditions, particularly through the links between cultural geography and the graphic design fields.

In that sense, Guardia is interesting to us because it is—in our opinion—deeply rooted in a 1980–⁠90s graphic design aesthetic inspired by police forces as depicted in blockbusters movies such as 1993’s Demolition Man or 1987’s RoboCop.

We can perhaps assume that the designers in charge of the visual identity of the Spanish National Police were therefore aware that they were reflecting a science-fiction vernacular aesthetic in the graphic design of the Cuerpo Nacional de Policía, present all over Spain.

We believe such a process should be approached critically and be (easily) re-appropriated and reused. This is the main motivation on why Guardia is released for everyone on a SIL Open Font Licence (with some exceptions).